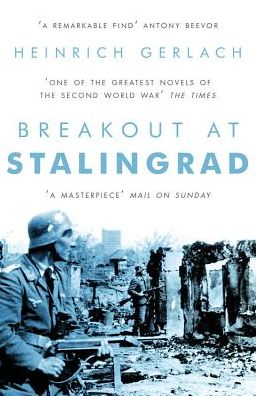 Stalingrad, November 1942. Lieutenant Breuer dreams of returning home for Christmas. Since August, the Germans have been fighting the Soviets for control of the city on the Volga. Between November 19 and 23 a Soviet counterattack encircles the Sixth Army. Some 300,000 German troops will endure a hellish winter on the freezing steppe. When Field Marshal Paulus surrenders on February 2, 1943, just 91,000 German soldiers remain alive. Breakout at Stalingrad has an extraordinary story behind it. Its author was imprisoned by the Soviets at Stalingrad. In captivity, he wrote a novel based on his experiences, which the Soviets confiscated. He resorted to hypnosis to remember his narrative, and in 1957 it was published as The Forsaken Army. Fifty-five years later Carsten Gansel came across the original in a Moscow archive.